Drew Gilpin Faust, president of Harvard University and Lincoln Professor of History, will present the medals on Commencement Day, Thursday, May 26, during the Annual Meeting of the Harvard Alumni Association (the Afternoon Program).

First awarded in 1981, the Harvard Medal recognizes extraordinary service to Harvard University. The service can range across diverse aspects of University life—from teaching, leadership, and innovation to fundraising, administration, and volunteerism. 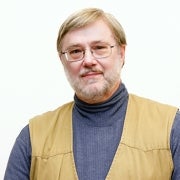 Thomas G. Everett embodies and spreads the Harvard spirit through his gift for teaching and love of making music. He came to Harvard in 1971 in order to direct the Harvard University Band. After four decades of coordinating and conducting formal concerts, Commencements, diplomatic greetings, trumpet fanfares, athletic events, and ceremonial music, he stepped down in 2013. He is currently director emeritus of the Harvard University Bands.

Everett pioneered the jazz program at Harvard—not only through the performing groups he organized and conducted, including the Harvard Jazz Bands, Harvard Wind Ensemble, and Harvard Summer Pops Band, but also by teaching courses in the Faculty of Arts and Sciences and at Harvard Extension School. He has served as jazz advisor to the Office for the Arts, a collaboration that has resulted in expanded music opportunities for students.

A critical presence and source of support for various alumni musical groups, including the Harvard Alumni Jazz Band and the Harvard Band Foundation, Everett has invested in establishing relationships with the broad alumni base, even those from before his tenure. He is known to have given personal lessons to alumni and served as a nexus for the Harvard Band's extended alumni network. He founded and coordinated the Harvard Club of Boston's Annual Horblit Jazz Combo Festival.

He holds degrees from Ithaca College and studied privately at the Eastman School of Music. He and his wife, Betsy, live in Lexington, Massachusetts. 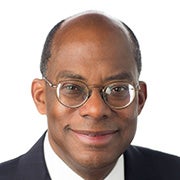 Roger W. Ferguson Jr. has exhibited a profound commitment to Harvard. President of the Board of Overseers from 2008 to 2009, he served as a member of the executive committees and chaired the standing committee on institutional policy. He also sat on the board's standing committees on social sciences and alumni affairs and development, as well as chairing the governing boards' Join Committee on Inspection, Harvard's audit committee. A member of the University Library and the Law School visiting committees, he also chaired the Memorial Church visiting committee. During his tenure, he also served on search committees for members of the Corporation. He was an Elected Director of the Harvard Alumni Association in the 1990s.

Former vice chairman of the Federal Reserve Board of Governors, Ferguson is now the president and chief executive officer of the TIAA. A member of President Obama's Economic Advisory Board, his leadership has been recognized by many different organizations, including the Visionary Award from the Council for Economic Education and an honorary fellowship at Pembroke College.

Ferguson is married to Annette Nazareth, a partner at Davis Polk and former commissioner of the U.S. Securities and Exchange Commission. They have a son and a daughter and live in Washington, D.C. 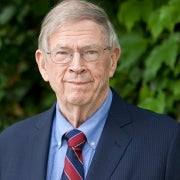 John H. McArthur has made a major impact on Harvard Business School (HBS) and the University at large. The respect he has earned from various sectors of Harvard range from athletics to politically nuanced dealings with the City of Boston. He joined the HBS faculty in 1962 and served as dean of the faculty from 1980 through 1995. Since then he has been the George F. Baker Professor of Business Administration emeritus and dean emeritus. He is currently an honorary chair of The Harvard Business School Campaign and a member of the Social Enterprise Initiative Advisory Board.

A true Harvard citizen, McArthur has served multiple Schools as a member of the Board of Overseers of Harvard Medical School (HMS) and of the Dean's Councils of the Harvard T. H. Chan School of Public Health and the Harvard Graduate School of Education. He was founding co-chair of the board of trustees of Partners HealthCare System, which brought together two leading HMS-affiliated teaching hospitals, Brigham and Women's Hospital (BWH) and Massachusetts General Hospital. BWH honored his legacy by establishing the John McArthur Program for Medicine Leadership Track, which enables residents to earn their MBA from HBS during their residency at the hospital.

The John and Natty McArthur University Professorship was established at Harvard University in 1997, while McArthur Hall was dedicated at HBS in 1999. A group of Canadian alumni announced the creation of the John H. McArthur Canadian Fellowship program in 2002.

A native of Vancouver, British Columbia, Canada, McArthur and his wife, Natty, live in Weston, Massachusetts. 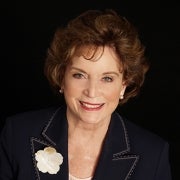 Betsey Bradley Urschel cares deeply about Harvard and has demonstrated her devotion to the University through many years of gracious and exemplary volunteer service. A past president and director emerita of the Harvard Club of Dallas, she was co-chair of the Club's centennial celebration in 2014, which coincided with the Your Harvard: Texas event in Dallas. She and her husband, Harold C. Urschel MD '55, who passed away in 2012, founded the Betsey Bradley and Hal Urschel M.D. Community Service Fund, which provides financial assistance to a Harvard College undergraduate pursuing a public service internship in the North Texas region.

A recipient of the HAA Alumni Award in 2005, Urschel has served in a number of different capacities, including as an Elected Director, regional director for Texas, and vice president of University affairs of the HAA Board of Directors. She served on the HAA Committee to Nominate Overseers and Elected Directors, the HAA Awards Committee, and as an alumni interviewer.

With a clear commitment to women, she was a member of the Women's Leadership Board of the Women and Public Policy Program of the Harvard Kennedy School. Urschel is also an Alley-Sheridan Scholar and fellow of the Thoracic Surgery Foundation for Research and Education. In addition, she served on the advisory board for Harvard Medical School's "50 Years of Women in Medicine at Harvard" celebration.

She continues to live in Dallas and remains involved with local Harvard-related efforts and the HAA Board.