For Philip Mote AB ’87, the route to a career in climate science and communications was not a straightforward one. The founding director of the Oregon Climate Change Research Institute (OCCRI) and vice provost and dean of the Graduate School at Oregon State University, Mote started off at Harvard as a physics concentrator. “The most disappointing grade I got was in quantum mechanics. None of it made intuitive sense, so I began looking for a way to apply physics to something more relatable.” He landed on atmospheric science, where a passing comment from his professor about how humans were causing a buildup of carbon dioxide in the atmosphere that was expected to heat up the planet became his “aha” moment. “It was mind-blowing to me that our little species could fundamentally alter the climate,” says Mote. 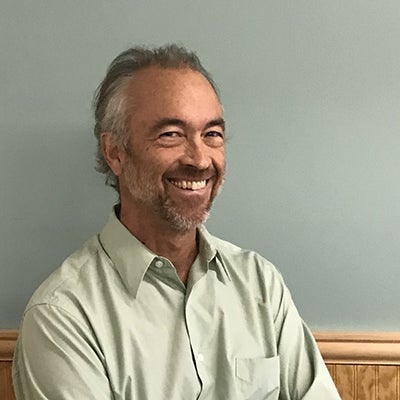 Today his focus is on the Northwest, where all-time-record heat waves and wildfires are stark examples of the effects of climate change—including the 2020 fires that threatened the suburbs of Portland, destroyed several small towns, and produced smoke that lingered for weeks. “The first report I was involved in about the impacts of climate change came out in 1999, and back then a lot of this was speculative,” he says. “But in many ways, it’s happening faster than we anticipated. It’s a reminder that we knew this was coming and we’ve failed to stop it—and now we’re in it.”

Rolling out climate solutions, Mote explains, calls for coordinated efforts on policy, investment, and innovation, and a lot of that comes back to the choices we make. This was reflected at his 35th Reunion this past June, where he was a panelist at the symposia session “Taking Action on Climate Change” organized by Milo Sprague AB ’87. Fellow alumni shared the actions they have taken both within and outside of their professions to push the needle on climate. “Many Harvard alums are in positions where they can make a big difference,” Mote explains.

Mote underscores that everyone has agency in the climate fight. As a starting point, he suggests evaluating one’s own emissions using a carbon calculator. Baseline mitigation actions can include driving and flying less, eating less meat, volunteering with an environmental group, or shareholder advocacy.

Communicating climate science to the public requires flexibility, but Mote steers the conversation towards solutions—and optimism. “We don’t need to argue about the fundamental science. We want people to be motivated to push for change.”