The digital revolution has transformed nearly every aspect of modern life, but the voting process in the United States has remained almost entirely analog. Cumbersome registration and voting procedures keep many Americans away from the polls, contributing to middling turnout in U.S. elections that consistently lags behind that of most other developed countries. Seth Flaxman MPP ’11 and Kathryn Peters MPP ’11 are determined to change all that. 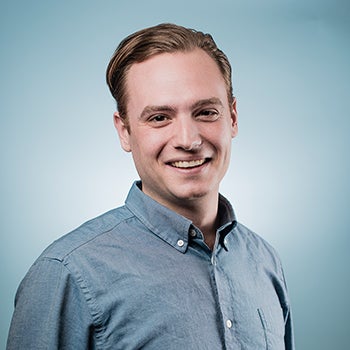 In 2010, Harvard Kennedy School (HKS) classmates cofounded Democracy Works, a nonpartisan, nonprofit organization dedicated to using technology to make it easier for every voter to participate in every election, from municipal to national. More than a million voters have signed up for their flagship product, TurboVote—an online service that sends users customized text and email reminders with information about upcoming elections. And for users who need to register or vote by mail, TurboVote can provide the paperwork along with a stamped envelope addressed to their local election officials.

“We can help make sure you get registered, stay registered, and stay engaged,” says Peters, chief operating officer of Democracy Works. “We’re taking that intention to be part of democracy and helping people to follow through on it more completely and more consistently.”

For Flaxman, the inspiration for TurboVote came during his first year at HKS. After missing three elections because of various process issues, he searched online for a tool that would help make sure he wouldn’t miss another. When he realized that no such tool existed, he decided to build it.

“It wasn’t just about making voting easier for myself,” says Flaxman, executive director of Democracy Works. “It was realizing that process hurdles are the biggest reason why people don’t vote—bigger than apathy—and that a lot of the dysfunction in our democracy can be tied to the lack of participation at all levels of government.”

To turn his vision into reality, Flaxman partnered with Peters, whom he considered “one of the smartest people in our class.” Together, they set out to create TurboVote and build an organization around it that would become Democracy Works, drawing on the expertise of faculty and classmates to help get their start-up off the ground.

Seven years later, the students have become the teachers in a way, as TurboVote is now the subject of an HKS case study. “I realize how much we could have done better in the early years,” Peters says. “It’s exciting to think that another generation of students will do things better because they get a chance to learn from the challenges that we plowed into head first.”

To get TurboVote into the hands of as many voters as possible, Democracy Works has forged partnerships with colleges and universities, nonprofit and civic organizations, and companies such as Facebook, Google, Starbucks, and Target. 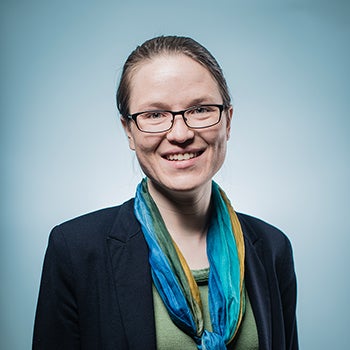 “There’s a lot of room to build civic features into all kinds of other processes, whether that’s employee engagement or course registration,” Peters says. “We’re looking for all of those venues where we can introduce civic conversations where they haven’t been taking place.”

At Harvard, Democracy Works has collaborated with the Institute of Politics to give students access to TurboVote, initially during course enrollment and now as part of the pre-semester check-in process. “We’re encouraging all of our college partners to follow this model because it bakes voting into the school year calendar and institutionalizes voter engagement as something that every student gets to experience,” Flaxman says.

Democracy Works has also partnered with local election officials to improve the voting experience. In Douglas County, Kansas, for example, Democracy Works recently developed a new tool to allow the county clerk’s office to send its own election reminders directly to voters.

“We want to see election information be ubiquitous. We want to see every institution taking responsibility for engaging their users, their students, their customers as voters and citizens. And we want to see an election administration that works for the voter,” says Flaxman. “When those three pieces come together, we think we can dramatically increase participation.”

To that end, Flaxman and Peters have set an audacious goal: to achieve 80 percent voter turnout in national elections by 2024—a level of participation that has not been reached since 1888. (For context, less than 60 percent of the U.S. voting-eligible population cast ballots in the 2016 presidential election, according to the United States Elections Project.) Through the TurboVote Challenge, Democracy Works is enlisting partner organizations to join the effort by implementing civic engagement plans.

“We’re only going to reach 80 percent if all of us are invested in increasing voter participation. It can’t just be left to parties and politicians and activist groups. Everyone needs to make it a top priority,” Flaxman says.

What would achieving this moonshot goal mean for our democracy? For Peters, it’s quite simple: “A government that feels responsive to the needs of its citizens.”