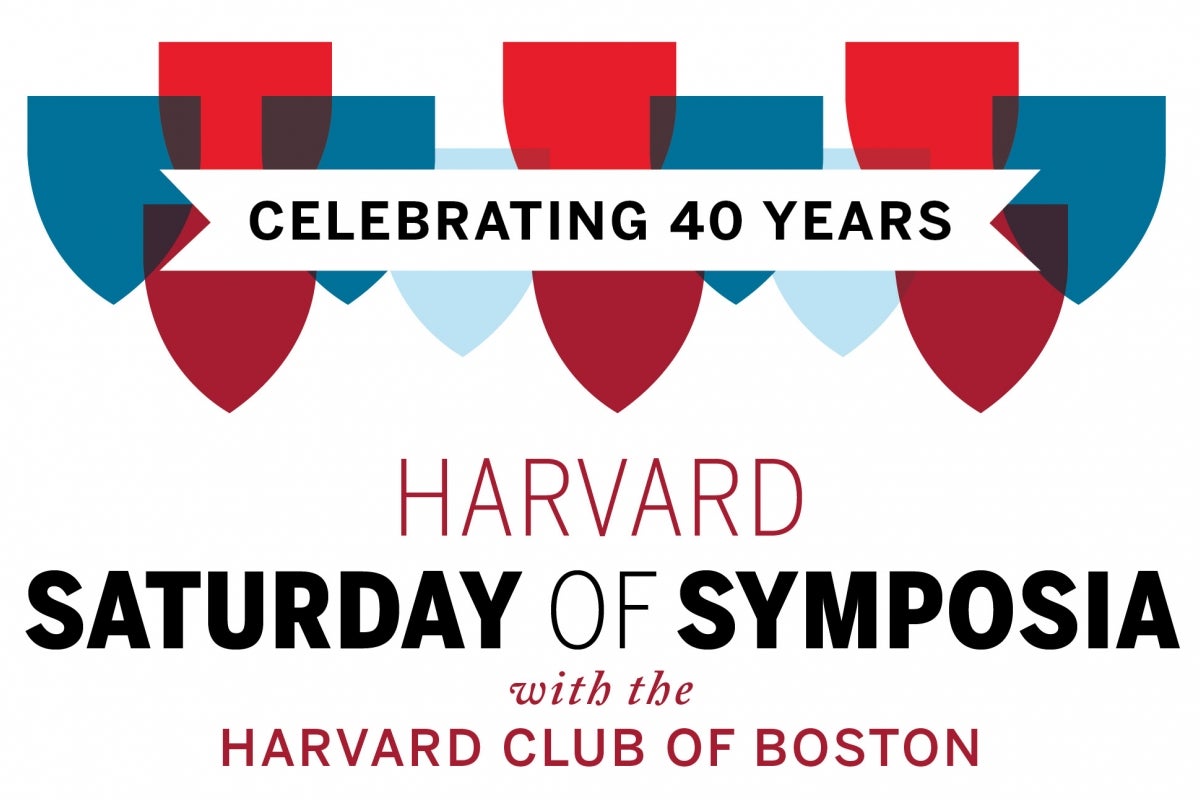 Saturday of Symposia features Harvard faculty members doing research across the University in fields ranging from social and natural sciences to the humanities. This year's 40th program will be held virtually and will be free to all registrants.

The program is not only a longstanding tradition of the Harvard Club and HAA, but also an enormously popular one. Please make your reservations early.

Attendees will select from two faculty members who will be presenting concurrently: 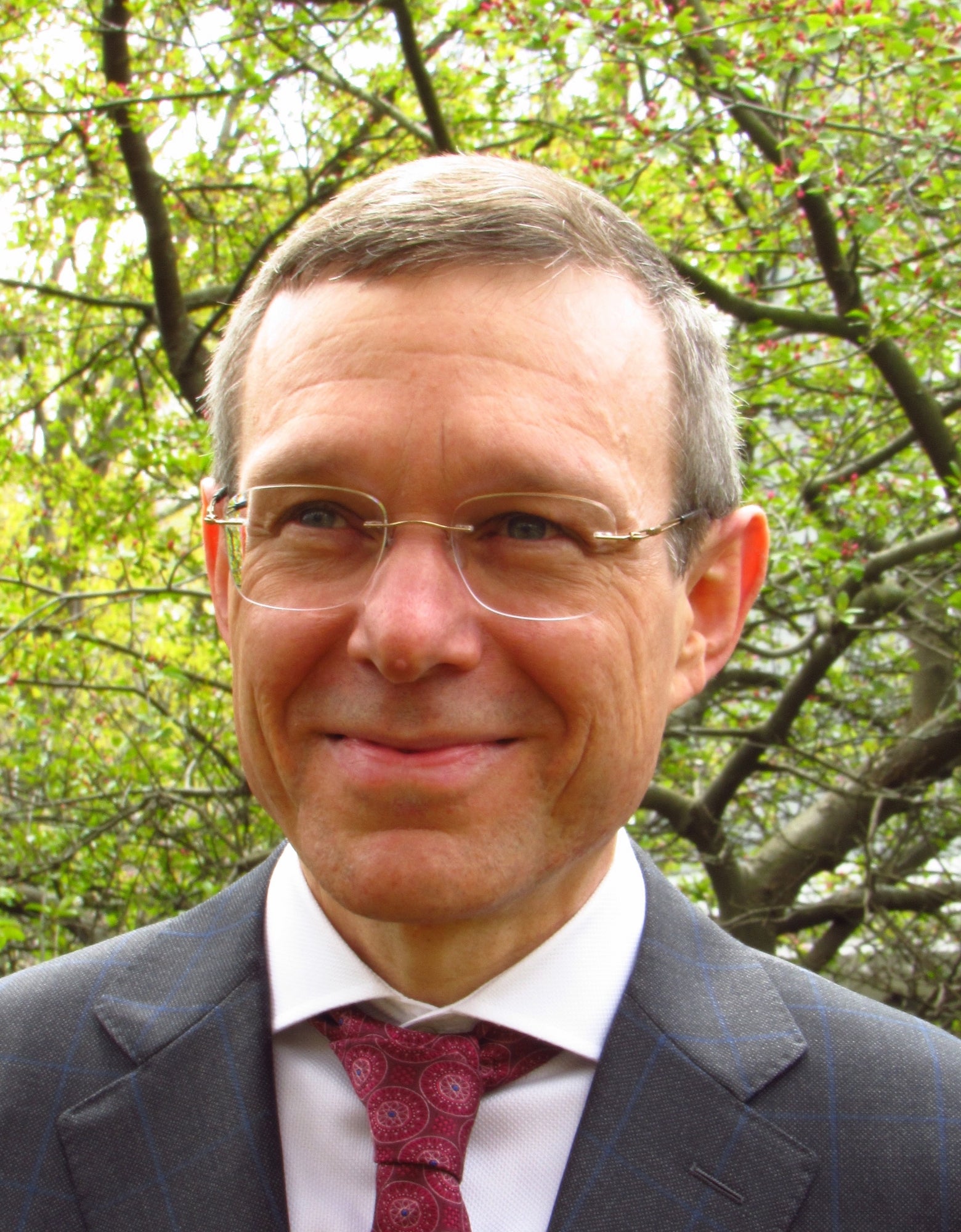 Are we alone? It would be arrogant to think that we are, given that a quarter of all stars host a habitable Earth-size planet. Upcoming searches will aim to detect markers of life in the atmospheres of planets outside the Solar System. We also have unprecedented technologies to detect signs of intelligent civilizations through industrial pollution of planetary atmospheres, space archaeology of debris from dead civilizations or artifacts such as photovoltaic cells that are used to re-distribute light and heat on the surface of a planet or giant megastructures. Our own civilization is starting to explore interstellar travel. If successful, we might receive a signal from outer space stating: "welcome to the interstellar club!". Essential information may also arrive as a “message in a bottle”, implying that we should examine carefully any unusual object that arrives to our vicinity from outside the Solar System, such as `Oumuamua.

Abraham (Avi) Loeb is the Frank B. Baird, Jr., Professor of Science at Harvard University. He received a PhD in Physics from the Hebrew University of Jerusalem in Israel at age 24 (1980-1986), led the first international project supported by the Strategic Defense Initiative (1983-1988), and was subsequently a long-term member of the Institute for Advanced Study at Princeton (1988-1993). Loeb wrote 8 books and over 750 papers on a wide range of topics, including black holes, the first stars, the search for extraterrestrial life and the future of the Universe. He had been the longest serving Chair of Harvard's Department of Astronomy (2011-2020), Founding Director of Harvard's Black Hole Initiative (2016-present) and Director of the Institute for Theory and Computation (2007-present) within the Harvard-Smithsonian Center for Astrophysics. He serves as Chair of the Board on Physics and Astronomy of the National Academies (2018-present) and is an elected fellow of the American Academy of Arts & Sciences, the American Physical Society, and the International Academy of Astronautics. Loeb is a member of the President's Council of Advisors on Science and Technology (PCAST) at the White House and a member of the Advisory Board for "Einstein: Visualize the Impossible" of the Hebrew University. He also chairs the Advisory Committee for the Breakthrough Starshot Initiative (2016-present) and serves as the Science Theory Director for all Initiatives of the Breakthrough Prize Foundation. In 2012, TIME magazine selected Loeb as one of the 25 most influential people in space. Click here for Loeb's commentaries on innovation and diversity.

Speaking on: "Things Should Change: Instability as an Architectural Medium"

The present is undoubtedly turbulent. Today’s built environment frames a view to the future that is increasingly so. But, that view is framed largely only by what we actively see and touch. How can Architecture address instability as a meaningful medium of design? What are the liabilities of the frameworks that conventionally shape our engagement with the world? Can designing through and with these frameworks push the needle on progress? This talk explores architectural means and methods of not only confronting contingencies, but designing with contingencies to create a space of active conceptual questioning around present issues in the face of pressures of repetition, convention, and familiarity that threaten fixity, rather than change.

Megan Panzano is Program Director of the Harvard Undergraduate Architecture Studies Track and Assistant Professor of Architecture at Harvard’s Graduate School of Design (GSD) where she coordinates and teaches design studios and representation courses in the graduate and undergraduate programs.

The design research and built work of her independent practice, studioPM, addresses architectures across a range of scales that are progressive through their interplay of images, objects, and space in the production of more inclusive and open-ended forms of subjectivity.

Panzano has taught architecture, concurrent with practice, for the past ten years. She is the recipient of a variety of awards for her architectural and pedagogical work including a ‘Best Parks’ honor for “High Sees” - her designed playground for unscripted play built on the roof of a preschool, a solo exhibition of her project “Architectural Artifacts” at Boston’s pinkcomma gallery, a HILT Spark grant supporting new forms of learning through making, two Harvard GSD Dean’s Junior Faculty Grants for original research, and four sequential Harvard Excellence in Teaching awards. Panzano’s design research has been published in the Journal of Architectural Education, Mark Magazine, Wallpaper, Bauwelt, PLAT, Pidgin, Architect, Arch Daily, Domus, the Boston Globe, the Harvard Gazette, and Harvard Design Magazine and her design work has been exhibited in numerous domestic and international locations including The Carnegie Museum, Pittsburgh; The Druker Gallery and Wentworth Institute of Technology, Boston; The Rocca Gallery, London; and Cite de L’architecture, Paris.

Prior to joining the GSD faculty, Panzano taught architecture studio at Northeastern University. She has practiced in Boston as a Senior Designer and Project Manager at Utile, Inc. and in Philadelphia at Venturi, Scott Brown + Associates, where she worked closely with both Denise Scott Brown and Robert Venturi. She holds a B.A. in Architecture with honors from Yale University and a Master of Architecture with distinction from Harvard’s GSD, where she was the recipient of the John E. Thayer Award for outstanding academic achievement and the 2010 winner of the GSD’s James Templeton Kelley Thesis Prize.

Panzano is a Board Member of the Rotch Scholarship and a Peer Reviewer for the Journal of Architectural Education. She has also served as an invited design critic at UCLA, USC, Columbia, Cornell, University of Pennsylvania, Yale, Rensselaer Polytechnic Institute, Wesleyan, University of Toronto, Temple University, Texas Tech, RISD, Northeastern University, Wellesley, Boston Architectural College, and MIT.

We invite attendees to participate in small group breakout sessions immediately following their selected faculty lecture to discuss the topics and information learned during the session. 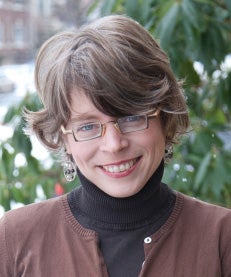 Keynote Address on: "This America / That America"

What has divided America, historically? In this illustrated lecture, Lepore will examine how Americans have pictured their divisions, from the beginning.

Jill Lepore is the David Woods Kemper ’41 Professor of American History and Affiliate Professor of Law at Harvard University. She is also a staff writer at The New Yorker, and host of the podcast, The Last Archive. Her many books include, These Truths: A History of the United States (2018), an international bestseller, was named one of Time magazine's top ten non-fiction books of the decade. Her most recent book, IF THEN: How the Simulmatics Corporation Invented the Future, was longlisted for the National Book Award.

Lepore received a B.A. in English from Tufts University in 1987, an M.A. in American Culture from the University of Michigan in 1990, and a Ph.D. in American Studies from Yale University in 1995. She joined the Harvard History Department in 2003 and was Chair of the History and Literature Program in 2005-10, 2012, and 2014. In 2012, she was named Harvard College Professor, in recognition of distinction in undergraduate teaching.

Lepore is the recipient of many honors, awards, and honorary degrees, and has been a finalist for the National Book Award; the National Magazine Award; and, twice, for the Pulitzer Prize. She has been elected to the American Academy of Arts and Sciences and to the American Philosophical Society. Her research has been funded by the John Simon Guggenheim Foundation, the National Endowment for the Humanities, the Pew Foundation, the Gilder Lehrman Institute, the Charles Warren Center, the Woodrow Wilson Foundation, and the Radcliffe Institute for Advanced Study.

Much of Lepore's scholarship explores absences and asymmetries in the historical record, with a particular emphasis on the histories and technologies of evidence. A prize-winning professor, she teaches classes in evidence, historical methods, the humanities, and American political history. (On teaching the writing of history, see How to Write a Paper for This Class.) In 2017, she launched the Democracy Project: Arguing with American History, a one-semester undergraduate course on the history of the United States, undertaken through weekly debates in which students use primary sources to argue over competing historical interpretations of turning points in American history. She also teaches at Harvard Law School.

Harvard University and the Harvard Alumni Association encourage people with disabilities to participate in its programs and activities. Accessibility-related information can be found at accessibility.harvard.edu. If you anticipate needing any type of accommodation or have questions about the access provided, please let us know in advance by calling 617-495-1920 or emailing haa_alumnieducation@harvard.edu.

Harvard University Alumni Affairs & Development (AA&D) programs and volunteer opportunities respect the rights, differences, and dignity of others. Those taking part in AA&D activities are expected to demonstrate honesty, integrity, and civility in those activities, and are accountable for their conduct there with University alumni, students, parents, volunteers, employees, and invitees.

Harvard University Alumni Affairs & Development reserves the right to suspend services to and exclude from participation in AA&D programs any person whose inappropriate behavior adversely affects the safety, well-being, and inclusion of community members.