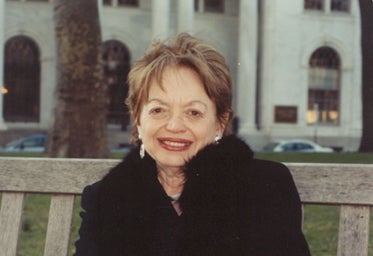 Susan Rubin Suleiman was born in Budapest and emigrated to the U.S. as a child with her parents. She is the C. Douglas Dillon Professor of the Civilization of France Emerita and Professor of Comparative Literature Emerita at Harvard University, where she joined the faculty in 1981. Her books include Authoritarian Fictions: The Ideological Novel as a Literary Genre, (1983; appeared simultaneously in French); Subversive Intent: Gender, Politics, and the Avant-Garde (1990); Crises of Memory and the Second World War 2006; translated into French, Spanish and Portuguese), and The Némirovsky Question: The Life, Death, and Legacy of a Jewish Writer in 20th Century France (2016; French translation 2017). Suleiman is also the author of a memoir, Budapest Diary: In Search of the Motherbook (1996; French translation 1999), and has published over 100 articles in professional journals as well as the New York Times, the Boston Globe, Moment Magazine, Tablet, and other publications. She has won many honors, including fellowships from the Guggenheim Foundation, the Rockefeller Foundation, the Radcliffe Institute, the U.S. Holocaust Memorial Museum, and the Central European University.In 1990, she received the Radcliffe Medal for Distinguished Achievement, and in 1992 she was decorated by the French Government as an Officer of the Order of Academic Palms (Palmes Académiques). In April 2018, she was awarded France’s highest honor, the Légion d’Honneur. She currently lives in Chevy Chase, Maryland.