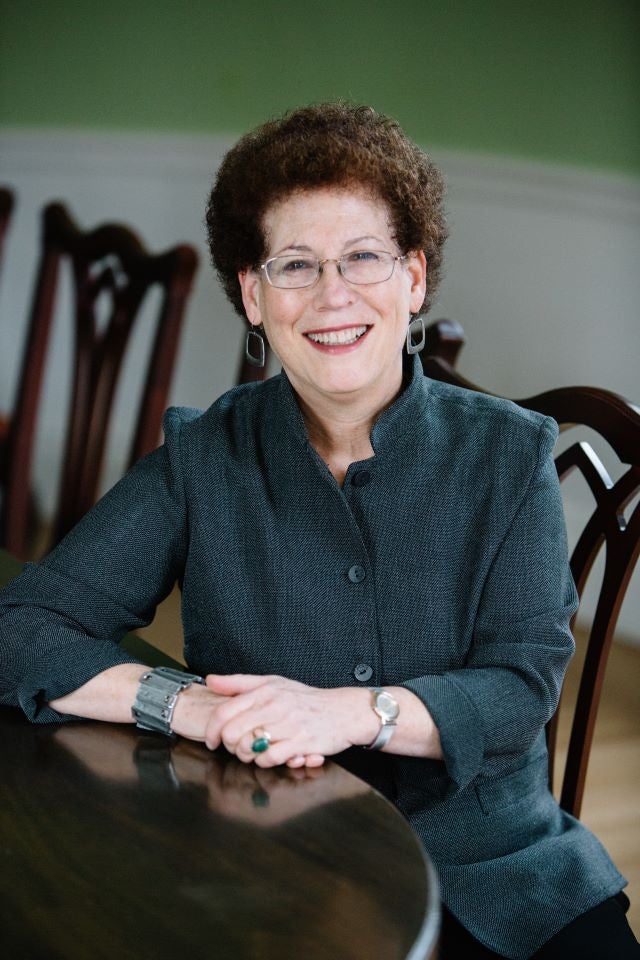 Lizabeth Cohen is the Howard Mumford Jones Professor of American Studies in the Department of History and a Harvard University Distinguished Service Professor. From 2011-18 she was the dean of the Radcliffe Institute for Advanced Study. Her most recent book is Saving America’s Cities: Ed Logue and the Struggle to Renew Urban America in the Suburban Age, published by Farrar, Straus and Giroux in October 2019. It examines the benefits and costs of the shifting strategies for rebuilding American cities after World War II by following the career of urban redeveloper Edward J. Logue, who oversaw major renewal projects in New Haven, Boston, and New York State from the 1950s through the 1980s. Cohen’s previous books include Making a New Deal: Industrial Workers in Chicago, 1919-1939, winner of the Bancroft Prize and a finalist for the Pulitzer, and A Consumers’ Republic: The Politics of Mass Consumption in Postwar America. She is also co-author with David Kennedy and Margaret O’Mara of a widely used college and advanced placement United State history textbook, The American Pageant. Her writings have appeared as well in many edited volumes, academic journals, and popular venues, including the New York Times, the Washington Post, and the American Prospect.

Among many awards and honors, Cohen has been a fellow of the Guggenheim Foundation, the National Endowment for the Humanities, the American Council of Learned Societies, and the Radcliffe Institute for Advanced Study. She is an elected member of the American Academy of Arts and Sciences. She was the Harold Vyvyan Harmsworth Professor of American History at Oxford during 2007-8 and she is a former president of the Urban History Association. Before joining the Harvard faculty in 1997, Cohen served in the history departments at Carnegie Mellon University and New York University. Cohen received her MA and Ph.D. from the University of California Berkeley and her A.B. from Princeton University.

At Harvard, Cohen teaches a wide range of courses in twentieth-century U.S. History, urban history, the built environment, and public history. In addition to her deanship at the Radcliffe Institute, Cohen has contributed to Harvard’s institutional life in many ways, including as chair in the Department of History; as faculty director of the Charles Warren Center; as a member of the FAS Faculty Council, FAS Resources Committee, the Harvard College Curricular Review Steering Committee in 2004, and the Harvard Task Force on Women in 2005; and as cochair of the Common Spaces Committee from 2008-18.