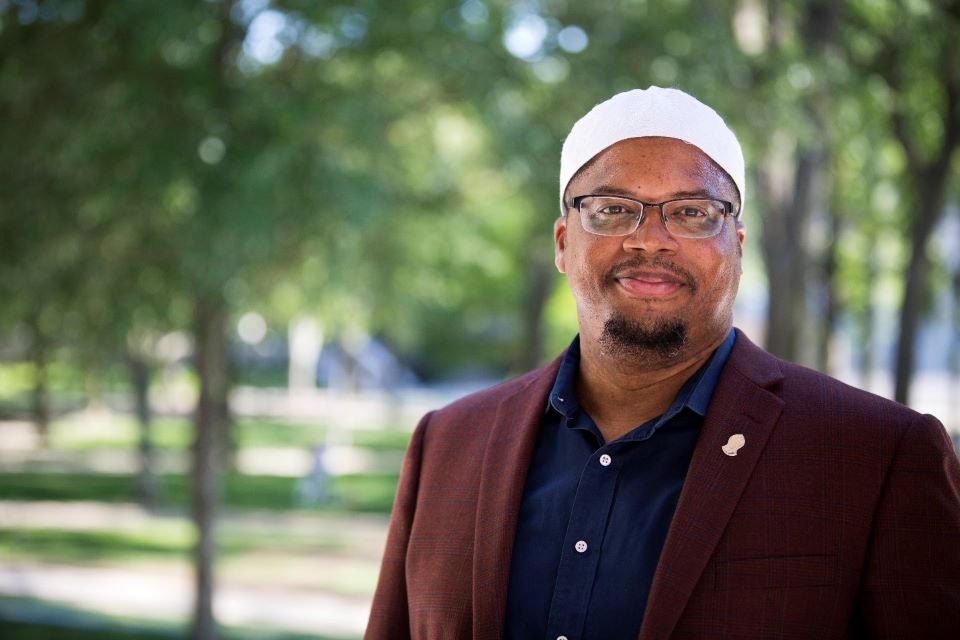 He was born and raised in Atlanta, Georgia and completed his doctorate degree in Liberal Studies and American Islam from Southern Methodist University in Dallas. He completed his Doctorate in Liberal Studies in American Islam from Southern Methodist University and holds both a Master of Arts in Islamic law and Middle East Studies as well as a Master of Philosophy in Islamic Law and Middle East Studies from Columbia University in New York City. He earned his bachelor’s degree in Social Work from Georgia State University and worked for the state of Georgia as a social worker for several years. He then pursued Islamic studies academically and traditionally which led him overseas to study for numerous years in the Middle East and in Istanbul, Turkey. While in Istanbul, Khalil pursued a master’s degree in Comparative Islamic Law at Marmara University and completed two advanced Islamic seminary doctoral licenses (ijaza) in Islamic Sciences.

He has taught numerous courses on Islam and Islamic law at NYU and Columbia University and taught Arabic language at Georgia State University. He was the first paid Muslim Chaplain for Columbia University and Barnard College in New York City and served as an advisor to the NYPD Police Commissioner. He also served as Imam for several years in New York City and several years as Scholar-in-Residence at a major Islamic Center in North Dallas. He is the co-founder, along with his wife, of the Islamic Seminary of America in Dallas and has worked as instructor of Islamic Studies in the Graduate of Liberal Studies Program at Southern Methodists University. He serves the entire Muslim community at Harvard University though his mentoring, programs, lectures, interfaith work, and the courses he offers in the Divinity School and Kennedy School of Government.