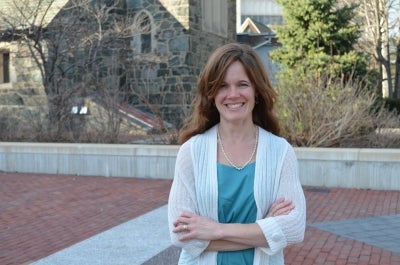 Kelly O'Neill is a historian of the Russian Empire and an advocate of spatial history. She has taught undergraduate and graduate courses on tsarist history, digital history, and the history of cartography.

Her book, Claiming Crimea: A History of Catherine the Great's Southern Empire, reconstructs the incorporation of the peoples, places, and institutions of the Crimean Khanate (a predominantly Muslim state conquered by Catherine II in 1783) into the Russian imperial system. The book challenges the binary terms in which imperial rule has traditionally been understood - i.e., the language of center and periphery - and reveals a more complex, more flexible spatial framework. Her work on Crimea has engendered a deep and abiding interest in the Black Sea world, leading her to projects on the Black Sea slave trade and the development of the Russian wine industry.

O'Neill directs the Imperiia Project - a historical GIS of the Russian Empire. Through this project, in collaboration with a group of graduate students and undergraduates as well as GIS specialists at the Center for Geographic Analysis, she is in the process of producing a thick set of interactive map layers describing Russia's cultural and commercial infrastructure for the purposes of teaching and research.