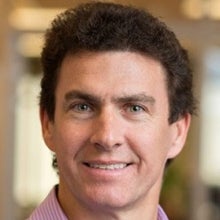 Joseph Henrich is the Professor of Human Evolutionary Biology and the Chair of the Department of Evolutionary Biology at Harvard University. He is interested in the question of how humans evolved from "being a relatively unremarkable primate a few million years ago to the most successful species on the globe", and how culture affected our genetic development.

From 2002-07 Henrich was on the faculty at Emory University in the Department of Anthropology. He became then the Canada Research Chair in Culture, Cognition and Coevolution at the University of British Columbia, where he was a professor in the departments of psychology and economics. He arrived at Harvard in 2015.

Professor Henrich has published two books: The Secret of Our Success: How culture is driving human evolution, domesticating our species and making us smarter (2015) and The WEIRDest People in the World: How the West Became Psychologically Peculiar and Particularly Prosperous (2020).