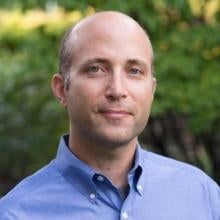 Erez Manela (Ph.D., Yale) is Professor of History at Harvard University, where he teaches international history and the history of the United States in the world. He also serves as Director of Graduate Programs at Harvard's Weatherhead Center for International Affairs and co-chairs the Harvard International and Global History Seminar (HIGHS).

His most recent volume, The Development Century: A Global History, co-edited with Stephen Macekura and published in fall 2018, seeks to reframe and expand our understanding of how development has shaped the modern world. He is also the author of the prize-winning book The Wilsonian Moment: Self-Determination and the International Origins of Anticolonial Nationalism (2007) and co-editor of The Shock of the Global: The 1970s in Perspective (2010) and of Empires at War, 1911-23 (2014), which has been translated into seven languages.

Manela has held fellowships from the National Endowment for the Humanities, the American Academy of Arts & Sciences, and the American Council of Learned Societies, among others, and was a Burkhardt Fellow at the Radcliffe Institute for Advanced Study. He also co-edits a book series on Global and International History for Cambridge University Press.