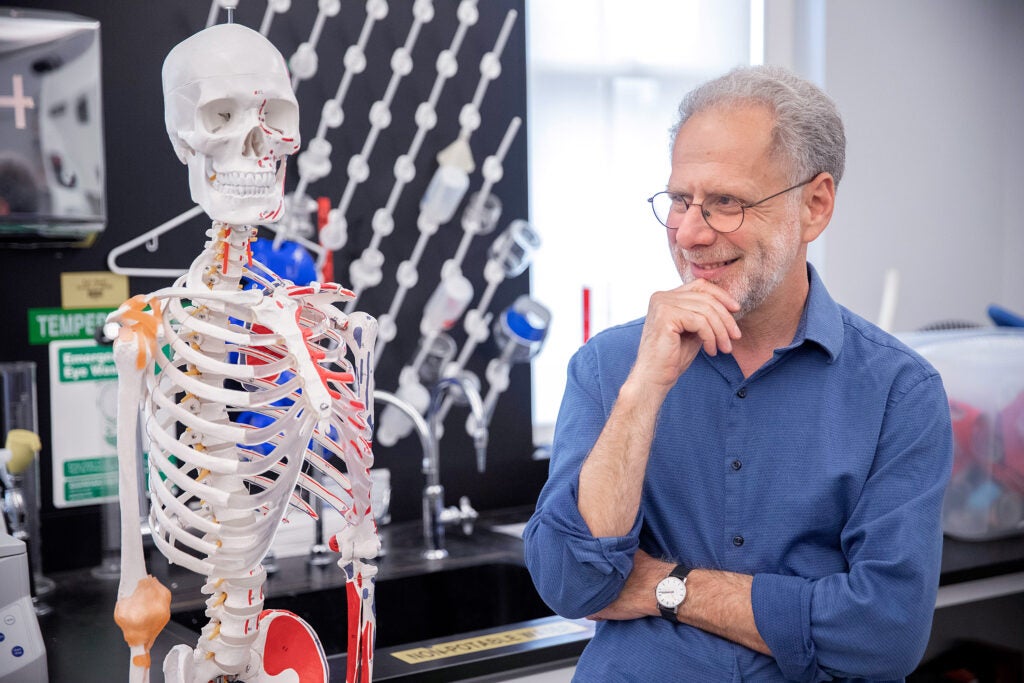 Daniel E. Lieberman is Edwin M. Lerner II Professor of Biological Sciences. He studies the fossil record of human evolution to determine why the human body looks and functions as it does. Professor Lieberman was educated at Harvard and Cambridge University and has done fieldwork in Africa, Europe, and the Middle East. Much of his research focuses on the unusual nature of the human head. Unlike other mammals, we have very large brains, nearly balanced heads with short vertical necks that attach near the center of the skull’s base, no snouts, external noses, small teeth, short round tongues, a descended larynx, and tiny faces that are tucked almost beneath the frontal lobes. How, when, and why did these features evolve? And what do they tell us about the selective forces that acted during human evolution?

The human body below the neck is also unusual in several respects related to locomotion. Lieberman is especially interested in when, how and why early hominins first became bipeds, and then became so exceptional as long distance endurance runners. His work on early hominins (Sahelanthropus) suggests that the first hominins were bipeds and that the origins of upright walking was a major factor that helped set humans on a novel evolutionary trajectory from the African apes. The evolution of human gait involves more than just walking.

His research with Dennis Bramble and other colleagues, suggests that long distance endurance running played a key role in the evolution of the genus Homo. We have found and continue to study novel human features, from head to toe, that help us be great endurance runners, including spring-like arches in the foot, short toes, long tendons in the legs, a large gluteus maximus, unusually large joints in the legs and spine, a nuchal ligament connecting the head and neck, low and wide shoulders that are decoupled from the head, an elaboration of sweat glands, and loss of body fur.

Here is a recent article from the Harvard Gazette in which Dan Lieberman is featured: http://news.harvard.edu/gazette/story/2013/06/right-down-the-middle-explained/.