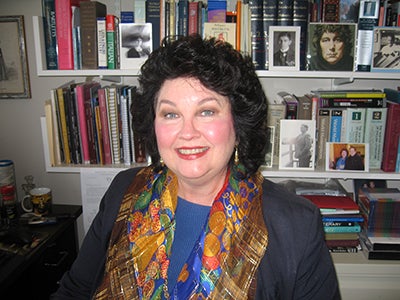 Sue Weaver Schopf is Distinguished Service Lecturer in Extension at Harvard University. She recently retired from the position of Associate Dean and Director of the Master of Liberal Arts Program at the Harvard Extension School, where she also served for over thirty years as Research Advisor in the Humanities. She holds the PhD in English from Vanderbilt University. A recipient of post-doctoral fellowships from the National Endowment for the Humanities and the Andrew W. Mellon Foundation, she is a winner of the Petra T. Shattuck Excellence in Teaching Prize, the Michael Shinagel Award for Extraordinary Contributions to Student Success, and the Dean's Distinguished Service Award. A specialist in 19th-century British literature and 20th-century drama, she also teaches courses on popular culture topics such as the vampire in literature and film, the post-apocalyptic novel, and depictions of the scientist in fiction and film. Her publications include articles on a variety of 19th-century authors including William Wordsworth, Mary Shelley, and Bram Stoker. Her lifelong devotion to walking in the footsteps of writers and artists has inspired her lectures on more than 50 Harvard Alumni travel-study programs and a dozen spring-break tours designed for her students.